Focus: a state or condition permitting clear perception or understanding. 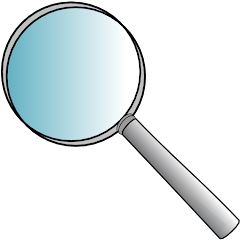 Focus is one of the tools you have for managing complexity successfully.

When a player has ten disparate things to do, they are less focused than when they have one thing to do.

When a player has one thing to do with with five relevant sub goals or parts, they are more focused than when they have six unrelated things to do. Hierarchies of information help focus because a player can focus on the level they need to and ignore more fine detail.

When a five player game says the way to play it with less players is to have some players play more than one character, that version of the game is less focused. It also makes it less immersive often because the focus is gone and you don't identify with the characters the same way. You switch your attention between being two characters, instead of always feeling like, "this is me."

When a game has nine phases to go through a turn, it would be easier to focus if they were grouped together in some turn sequence hierarchy, such as Income, Main and Clean up. And do you really need those nine phases?

Eliminating extra detail increases focus. Are those extra stats on your hero worth the loss in focus? Is that one action that is only taken rarely worth the loss of focus?

When something is less focused, it takes more concentration to pay attention to. This can be good or bad, depending on what type of game you are making, but there are still limits despite the type of game. For example, a board game with 200 independent pieces per side would probably turn off all but the most extreme players.

When something is less focused, it is harder to come back to later and remember what was happening, or how it works. Think of an overly complex rule set for a game, and what it is like picking up the game to play a year after your last play: check this, check that, how does that go again, and so forth. Think of a game that you haven't played in a year that you can remember how to play: oh right, that's how this goes, and you can do this, and you win by X.

There are other factors, of course, and there are trade-offs between complexity/depth and rememberability/focus. The important thing is to know and decide where your game fits along the spectrum of focus and why it is there.

I think a general rule of game design ought to be: err on the side of simpler and more focused. Especially if you can't explain why you are not doing that.
Posted by Jim DuBois at 11:17 AM